In this Case Study, AFS examines the impact of using the HYSYS and OLGA software link to help model the partitioning of methanol in product oil during well start-up in a new Gulf of Mexico development.

For many offshore oil fields, methanol in product oil is a critical specification that needs to be met to ensure compliance with sales contracts. Any deviation can result in significant financial penalties and loss of revenue. This Gulf of Mexico project is planning to use methanol in small volumes during well start-up for hydrate inhibition. This methanol will be dispersed along the pipeline during start-up and subsequently partition into the oil, gas, and water phases in the topsides processing facilities. The ultimate destination and concentration of methanol needs to be understood to make equipment and operational decisions during project design.

The OLGA multiphase flow simulator was used to model the wells and subsea system up to the topsides boarding valve on the Floating Production Unit (FPU). The topsides processing facilities were modelled in the HYSYS process simulator with a focus on the oil train. The data interface between the two programs was managed using the Billington Process Technologies (BPT) OLX application in HYSYS which provides real-time data handover. All model data is handled dynamically due to the multiple changing variables during well start-up. A schematic of the linked models is shown in Figure 1. 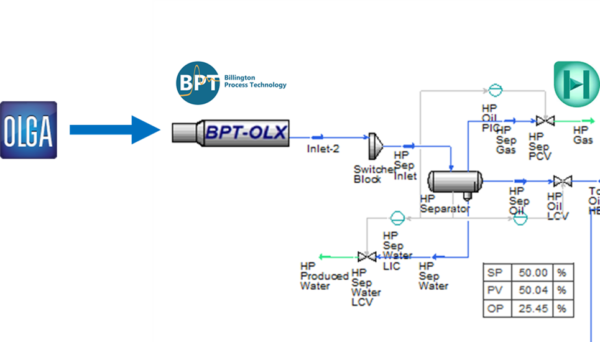 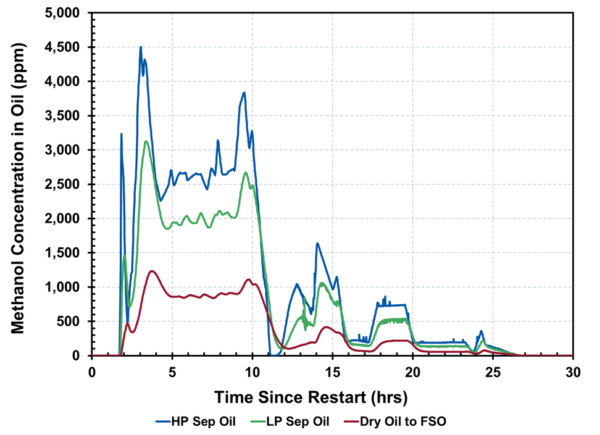 Figure 2: Methanol Concentration in the Vessels of Oil Processing Train During Start-up

The key findings of the study were that significant quantities of methanol make it into the oil product during start-up of the oil field. The key variable in the final concentration is the current water cut of the field and due to these results, it was decided to include a $2 million water wash system.

This study evaluated methanol partitioning in an offshore oil field during start-up through the entire integrated processing system from wellhead to product. The linked OLGA-HYSYS modeling method allows detailed understanding of the fluid behavior across the entire system. By studying the whole production system in one effort, uncertainty from the design process can be removed. This approach can optimize the field design and result in millions of dollars of capital and operational cost savings.

For more information about the AFS engineering services, please visit our dedicated service page or contact us to discuss your specific project challenges in more detail.